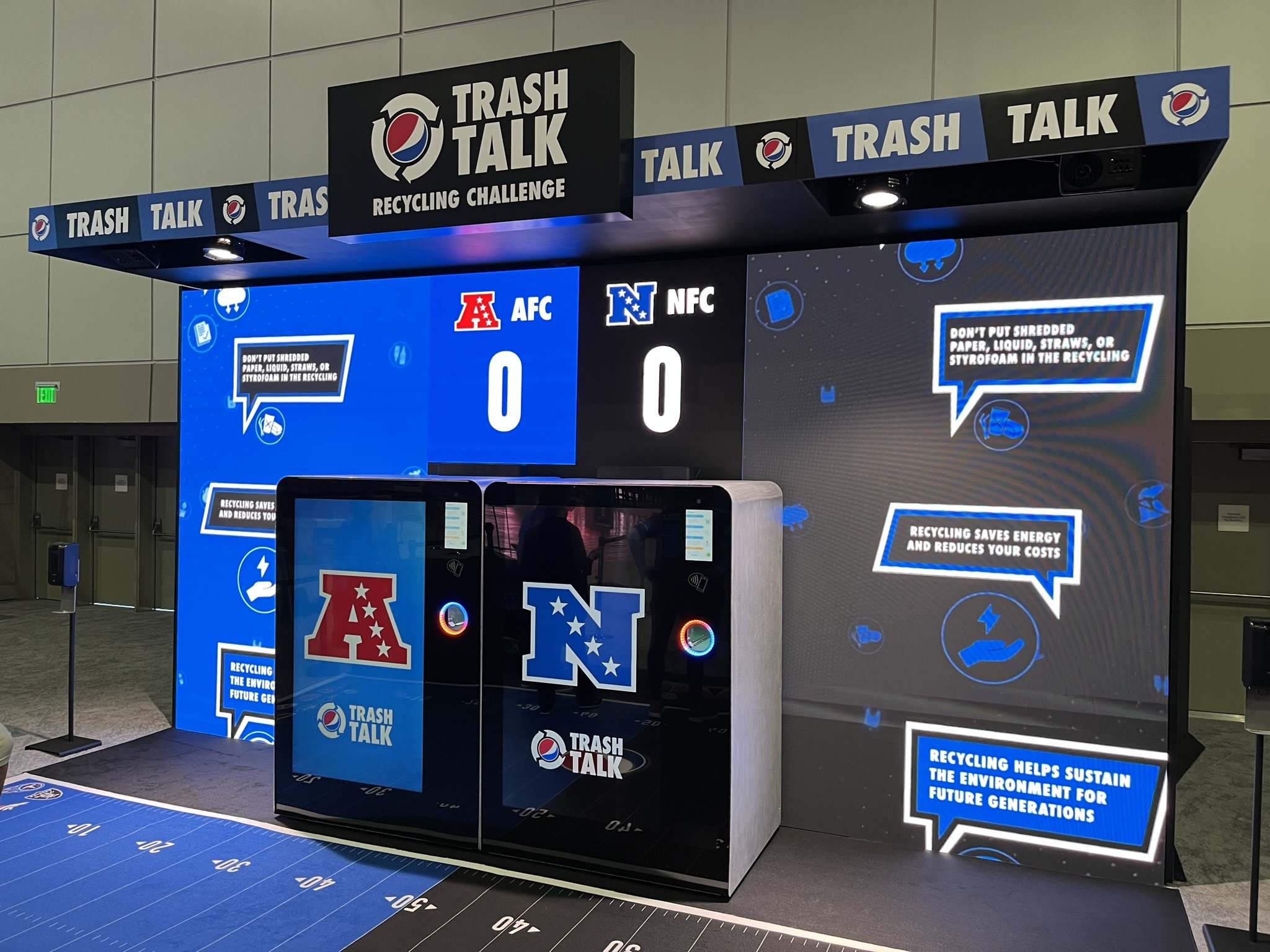 When Pepsi approached Olyns about participating in their Super Bowl XVI Trash Talk activation, we were thrilled at the opportunity to show off our technology at such a high profile event! We worked closely with Pepsi and Canopy Brand to brainstorm and then develop an activation that combined the power of our technology with Pepsi's fun and educational Trash Talk program.  The result was an interactive educational experience, where fans were challenged to spot the difference between recycling and trash, and given the opportunity to win a prize in the process.

Fans were given recyclables ( bottles and cans) as well as non-recyclables ( bananas, styrofoam, etc. ) to deposit in the Olyns recycling machines ( RVM’s).  Each deposit triggered one of 40 full sound videos either congratulating the fan for recycling correctly, or “trash-talking” the fan for mistakenly trying to recycle trash. The videos featured football superstars Deion Sanders and Michael Irvin, and were both hilarious and educational - taking the trash talk from the field to the recycling bin. Participating fans had a chance to win $50 gift certificates to the NFL store.

Over the course of the activation, about 150 fans per hour tried the Olyns recycling Cubes, an estimated  8000 people in total. We are proud to have shared the importance of recycling and the difference between trash and recyclables in such a fun and exciting way with so many people.  Go Team Olyns!